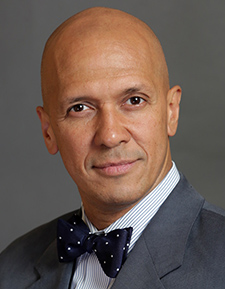 Dr. Rodriguez has created a series of educational videos to answer your questions regarding knee pain, knee replacement and Conformis.

Dr. Rodriguez is a native New Yorker, born and raised in the Bronx and speaks Spanish fluently. He is a graduate of Harvard College and the Columbia University College of Physicians and Surgeons.

Following an internship at the Columbia-Presbyterian Medical Center, he completed his residency at Hospital for Special Surgery. His fellowship in Arthritis and Joint Reconstruction at Lenox Hill Hospital was completed under Chitranjan S. Ranawat, MD and followed by the Maurice E. Muller Fellowship in Hip Surgery in Bern, Switzerland, under Professors Muller and Ganz.

He began his practice at Lenox Hill Hospital in 1995 and became an attending at Hospital for Special Surgery in 1996. Prior to returning to HSS full time, Dr. Rodriguez was Chief of Adult Reconstruction, and Director of the Fellowship in Minimally Invasive and Complex Hip and Knee Surgery at Lenox Hill Hospital, and was appointed Clinical Professor of Orthopedic Surgery at Hofstra School of Medicine.

Dr. Rodriguez is the recipient of numerous awards, including the James Rand Award for Outstanding Paper in Knee Surgery, the Maurice Cowan Award for Excellence in Medical Education for four years, and the Chitranjan S. Ranawat Mentorship award.

Dr. Rodriguez maintains an active research program; with 73 peer-reviewed publications, five ongoing prospective studies and two ongoing randomized studies in the field of hip and knee surgery. He serves on the Editorial Boards of the Journal of Arthroplasty, Bone and Joint Journal, Clinical Orthopedics and Related Research, and the HSS Journal.

Dr. Rodriguez is also a retired US Army Reserve Major, having served two tours of duty in Iraq.